The Five Pillars of Islam is the term given to the five duties incumbent on every Muslim. These duties are Shahadah (profession of faith), Salat (ritual prayer), Zakaat (alms giving), Sawm (fasting during Ramadan) and Hajj (pilgrimage to Mecca). The concept of five pillars is taken from the Hadith collections, notably those of Sahih Al-Bukhari and Sahih Muslim. The Qur’an does not speak of five pillars, although one can find in it scattered references to their associated practices.

The Islamic faith is built upon 5 Pillars

A Muslim declares his faith by reciting:

The arabic words mean:
“There is no god but Allah, Muhammad is the messenger of Allah”

La ilaha illal lahu muhammadur rasulul lah
The testimony of faith is saying with conviction, “La ilaha illal lahu, muhammadur rasulul lah.” This saying means “There is no true god (deity) but God (Allah), and Muhammad is the Messenger (Prophet) of God.” The first part, “There is no true god but God,” means that none has the right to be worshipped but God alone, and that God has neither partner nor son. This testimony of faith is called the Shahada, a simple formula which should be said with conviction in order to convert to Islam(visit webpage “How to Convert to Islam and Become a Muslim”). The testimony of faith is the most important pillar of Islam.

Salah is the second pillar of Islam. It refers to the five compulsory daily prayers. Salah is offered five times a day individually or in congregation. We offer Salah to remember Allah. It brings us closer to him.

Salah is the Practical proof of our faith in Allah and Islam. It has been made compulsory at certain fixed times.

The five daily prayers are: 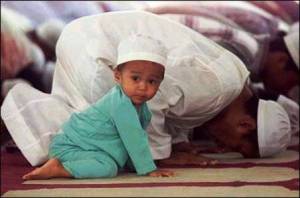 Each salat is performed facing towards the Kaaba in gratitude and worship. According to the Qur’an, the benefit of prayer “restrains [one] from shameful and evil deeds”.

Before we pray we do Wudu, or clean up in a special way. Wash before prayer as a symbol that they are cleansing their minds in order to pray. Salat consists of set prayers and movements. The fact that all Muslims pray at the same time, in the same way and facing in the same direction emphasises unity in islam and that everyone is equal before Allah.

Zakaat (welfare contribution) is the third pillar of Islam. The Arabic word Zakaat means to purify or cleanse. Zakaat is to be paid once a year on savings at the rate of two and a half percent(2.5%). This rate applies to cash, bank savings and gold & silver jewellery. The rate for cattle and agricultural produce is different.

Payment of Zakaat is a means of keeping our wealth clear of greed and selfishness. It also encourages us to be honest in our earnings and expenditure. 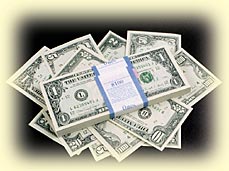 Zakaat is a compulsory payment and is neither charity nor a tax. Charity is optional and taxes can be used by the state for any purpose, but Zakaat has to be spent under fixed headings like helping the poor, the needy, payment of salaries to its collectors, to free captives and debtors, for travellers in need, to win over hearts and for the cause of Allah.

Zakaat is an act of Ibadah. Ibadah is an Arabic term which means worship and obedience. It includes all activities of life, if we do them to please Allah. We pay Zakaat to gain Allah’s favour.

Zakaat provides us with the opportunity of sharing our excess wealth with those less fortunate than ourselves. In fact we and our wealth belong to Allah. He is the real owner and we are mearly the trustees of His wealth. We do our duty as trustees if we pay Zakaat as an obligatory part of Ibadah.

Through the payment of Zakaat, the rich share their wealth with the poor and thus the process of concentration of wealth is checked and fair distribution ensured.

Sawm (Fasting), the fourth pillar of Islam, is another act of Ibadah. All adult Muslims must fast from dawn to sunset every day of Ramadan, the ninth month of the Islamic calendar. This means abstaining from eating, drinking, smoking and conjugal relations during the hours of fasting. Travellers and the sick can defer fasting during Ramadan and make up for it later.

Sawm develops self-control and helps us to overcome selfishness, greed, laziness and other faults. It is to refresh us for carrying out our duties towards Allah, the Creator and Sustainer.

Sawm gives us the feeling of hunger and thirst. We experience for ourselves what it is like to have an empty stomach. This develops our feeling for the poor and hungry people. Fasting teaches us to control the love of comfort. It also helps us to keep our sexual desires within control. Hunger, comfort and sex are three factors which must be kept under control to behave as Allahs servants.

A truly obedient Muslim is called a Muttaqi and his true obedience or piety – developed through Sawm – is known as Taqwa in Islam. Taqwa keeps a person away from sin.
The month of Ramadan is a month of forgiveness, mercy and means of avoiding that punishment of Hell.

The following acts will break the fast:
-Deliberate eating or drinking during fasting hours.
-If anything enters the body through the nose or mouth; this includes smoking or sniffing any powdered substance.
-Having any conjugal relations during fasting hours.
-Unintentional eating or drinking due to forgetfulness or rinsing out the mouth or bathing do not make the fast invalid.
-A Muslim is expected to remain away from all bad actions during his fast. He should not tell a lie, break a promise or do any deceitful act.

During Ramadan, Muslims are also expected to put more effort into following the teachings of Islam by refraining from violence, anger, envy, greed, lust, harsh language, gossip and to try to get along with each other better than normal. In addition, all obscene and irreligious sights and sounds are to be avoided.
The very purpose of fasting is to make a Muslim able to control his passions, so that he becomes a person of good deeds and intentions. Anger – a common human weakness–can also be brought under control by fasting.
Many Muslims break their fast with a dates because it is claimed Muhammed(PBUH) broke his fast with a dates.

In addition to the compulsory fasting in Ramadan, a Muslim may fast during other times of the year. These facts will be treated as Sunnah.
Fasting is not allowed during menstruation of women. They are required to make up the days lost during this period at some other time.

The Qur’an was revealed in the month of Ramadan. There is a night in the month which is …
“better than a thousand months”
This night is called Lailatul Qadr (Night of Power). According to Hadith, this night occurs during the last ten days of Ramadan (most probably the odd numbered nights). It is a night of great importance; we should worship as much as we can on this night.

An additional prayer known as Tarawih (20 rakah or 8 rakah) is offered during Ramadan after Isha. This is a sunnah prayer in which efforts are made to recite as much of the Qur’an as possible. In many mosques, the whole Qur’an is recited in Tarawih prayer. This prayer is generally offered in congregation.
At the end of Ramadan Muslims celebrate Idul Fitr, a day of thanksgiving and happiness. It is one of the great occasions for the Muslim community. On this day, Muslims offer special prayers in congregation and thank Allah for His blessings and mercy.

Hajj is the fifth pillar of Islam. The Hajj is a pilgrimage that occurs during the Islamic month of Dhu al-Hijjah the twelfth month of the Islamic calendar, to the holy city of Makkah, and derives from an ancient Arab practice. Kaaba, known as Baitullah (house of Allah), is a cube-like one storey building which was built originally by Adam and later rebuilt by Prophet Ibrahim (Abraham) and his son Ismail (Ishmael). It is the first house ever built for the sole purpose of the worship of Allah. 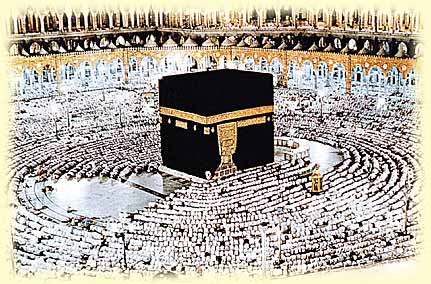 Every able-bodied Muslim is obliged to make the pilgrimage to Makkah at least once in their lifetime if they can afford it. When the pilgrim is around ten kilometers from Makkah, he must dress in Ihram clothing, which consists of two white sheets. Both men and women are required to make the pilgrimage to Makkah, as the Hajj is mandatory for both males and females. The main rituals of the Hajj include walking seven times around the Kaaba, touching the Black Stone, traveling seven times between Mount Safa and Mount Marwah, and symbolically stoning the Devil in Mina.

The pilgrimage, or the haji, is honoured in their community. For some, this is an incentive to perform the Hajj. Islamic teachers say that the Hajj should be an expression of devotion to Allah, not a means to gain social standing. The believer should be self-aware and examine their intentions in performing the pilgrimage. This should lead to constant striving for self-improvement.

A pilgrimage made at any time other than the Hajj season is called an Umrah.

2 thoughts on “Five Pillars of Islam” 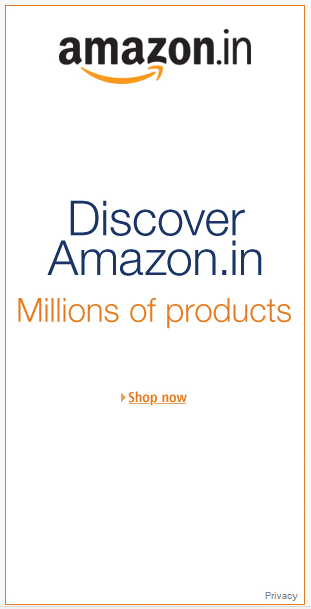 The Prophet Muhammad (PBUH) said: "Verily the one who recites the Qur'an beautifully, smoothly, and precisely, he will be in the company of the noble and obedient angels. And as for the one who recites with difficulty, stammering or stumbling through its verses (because he doesn't know how to read it but is trying to), then he will have TWICE that reward."
The Prophet Muhammad (peace be upon him) said: "Do not hold back (from giving to people and helping them), or God will withhold (His mercy and blessings) from you." Sahih Al-Bukhari, Volume 2, Hadith 513
Allah AMAZON Apple Babri Masjid Bangalore BANNED Born Cake Children China Do You Know Dr Zakir Naik Dubai Earthquake Education Emirates Fastest Growing Religion Fasting Gadgets God GOOGLE Government Hajj Hand Hijama Hijama Treatment how its made India Indian indian railway Indians Are Born Talented Islam Japan Jeddah Jerusalem Jokes Kaaba Lecture LIFE Lok Sabha Love Madina Makkah Masjid Al Haram MICHAEL JACKSON Moscow Mumbai Muslim Must Watch nyla nyla toys Peace Pilgrimage to Makkah Prime Minister Prophet(pbuh) Quran Ramadan Reliance Salah Samsung Saudi Arabia Story Surah Talented The Prophet(PBUH) Time Lapse Top 10 toys review Train Verse Video video companion World YouTube Zakir Naik